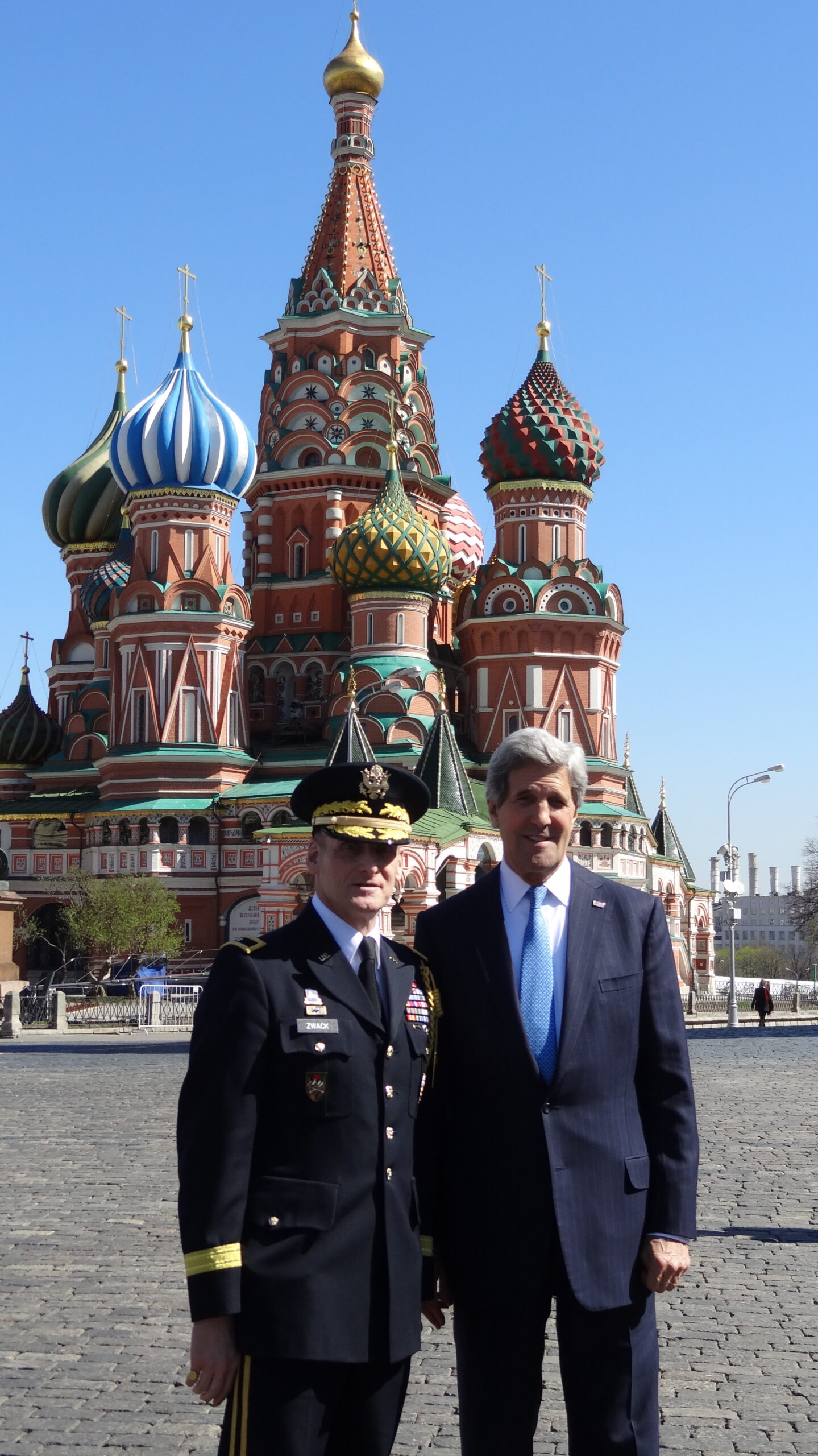 Please join us as Brigadier General Peter Zwack discusses his recently published memoir Swimming the Volga. We are in the 30th anniversary (Christmas 1991) period of the dramatic break-of the USSR. With Russian-Ukrainian forces tensely facing each other, retired Brigadier General Peter Zwack recently published his second book, Swimming the Volga (STV). This is a very personal account of Russia during that wild, hopeful yet tragic time from 1989-1999 from before and during breakup the break-up of the USSR, through the turbulent 1990s to the advent of Vladimir Putin in 2000. The stark memory of this deeply demoralizing period for much of the Russian population including Putin has DIRECT IMPACT on the very dangerous crisis ongoing with Russia/Ukraine and US-NATO, that also affects the entire global order that include China and Iran challenges.  Zwack will speak in detail about this, offering insights and context to those trying to better understand these dangerous developments that worst case, could inadvertently lead into a perilous conflict that no-one wants.

BG Zwack, of Newport, was our senior Defense Attache to Russia during the 2014 Russia-Ukraine crisis. He traveled throughout Russia including the Russian-Ukrainian border during that fateful time that included the Russian invasion and annexation of Crimea. He has been traveling and serving within the USSR-Russia and Eurasia since 1989.

Brigadier General Peter B Zwack (Ret.) served as the United States Senior Defense Official and Attaché to the Russian Federation during the challenging years of 2012-2014. Retired in 2015 after 34 years of military service, he served for four years as the Russia-Eurasia Fellow in the Institute for National Strategic Studies within the National Defense University. While there he taught a Masters course in National Security Studies. BG Zwack is currently a Global Fellow at the Kennan Institute within the Woodrow Wilson Center for Scholars.He also serves as an Adjunct Fellow at the Pell Center for International Relations.

BG Zwack began his work in Russian-Eurasian affairs as an U.S. Army Soviet Foreign Area Officer (FAO) at the Defense Language Institute (1988), and then the Russian Institute in Garmisch-Partenkirchen, West Germany (1989-1991). He has served and written extensively in this field since then. His written and spoken insights, many personal, are based on his over 30-years of analytical and in-country USSR-Russia experiences that began in summer 1989 as a young U.S. Army Captain studying Russian and culture in a provincial Soviet city on the Volga River. He takes a broad Eurasian perspective while explaining key aspects of the complex US-Russia and increasingly China “triangle,” and how these and other relationships will shape the course of the world ahead. BG Zwack brings a personal hands-on perspective to Russia and Eurasian affairs and the challenges and opportunities facing the U.S. and Russia today.

Since 1989, he has interacted with Russians and international colleagues on multiple levels including defense, security, academia, policy, veterans, and private citizens. He regularly consults, writes and lectures within the interagency, defense department, think tanks, academic institutions and business community on contemporary Russian and Eurasian security issues, and leadership lessons learned.

BG Zwack enlisted in the US Army in 1980 and received his commission via Officer Candidate School (OCS) at Fort Benning, Georgia. He subsequently served 34 years as a Military Intelligence and Eurasian Foreign Area Officer in diverse and challenging duty locations including Afghanistan, Kosovo, South Korea, Germany and Russia. Inducted into the OCS Hall of Fame in 2015, BG Zwack is a recipient of the Bronze Star, Distinguished Service Medal, Legion of Merit and numerous other awards and decorations. He was also honored as the Joint Chiefs of Staff “Action Officer of the Year” in 1999 and proudly wears Airborne Wings and the Ranger tab.

A new author, BG Zwack published in late 2021 his mini-memoirs Swimming the Volga and Afghanistan Kabul Kurier, highlighting his hands-on observations and perspectives from his service in Russia and Afghanistan. He happily lives in Newport, RI with his beloved wife Stephanie.