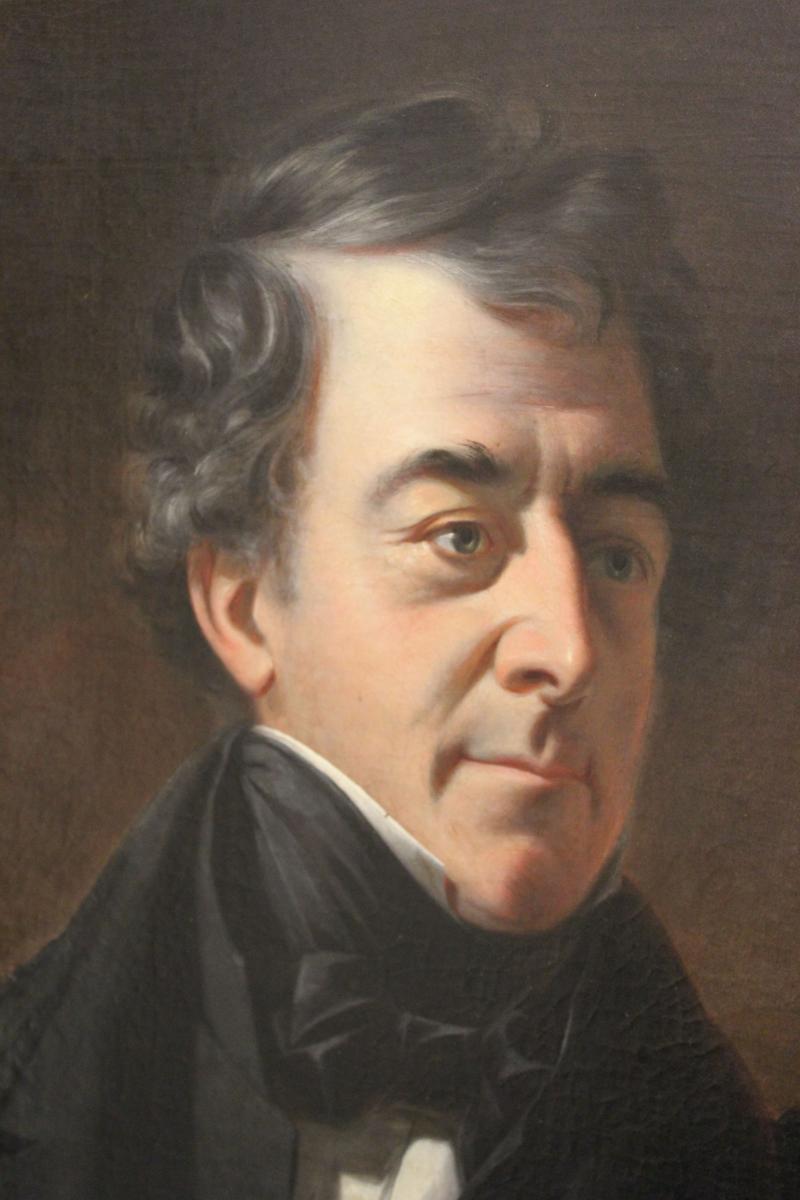 Posted at 13:26h in Events by kristym@moonbirdstudios.com 0 Comments
0 Likes

As many of our readers and members are aware, the childhood portrait of Ms. Sarah Peters Bowker Bliss has been a fixture in the Rovensky Room for some time. Coincidentally, she was also an employee of the Redwood, and was married to one of our Librarians, Richard Bliss.  She is personally responsible for hand-writing thousands of catalog cards, almost all of which still remain in their drawers. Unfortunately, we do not own the portrait of Mrs. Bliss, and so, with much regret, she must be returned to her proper home at the Newport Historical Society. Also returning home is the dashing portrait of a young George Champlin Mason; Redwood member, architect, and author.

Since Mrs. Bliss holds such a prominent place in the Rovensky Room, we could not take her down and not replace her. Fortunately for us, the Redwood has recently received a portrait of Robert Johnston, which will take her place. This beautiful portrait was given to the Redwood by a descendant of the subject.  Dedicated readers of our blog will recognize this name – he was the donor of the European Beech Trees in front of the Library (click here to read more). With a little more digging, we found there is an entire chapter of Reminiscences of Newport by George Champlin Mason about Robert Johnston and his relationship to the Redwood.

Robert Johnston was born in Jamaica in 1783, the descendent of a long line of Scottish ancestors. He was educated in Scotland, and was in Moscow immediately after the burning of the city to stop Napoleon. In 1818 he married Catharine Cole Taylor, who was also born in Jamaica, but was educated in Newport. Soon after their marriage, the couple went back to Jamaica, and Mr. Johnston was made a member of the Privy Council, a committee of the monarch’s closest advisors that gave confidential advice on state affairs. By 1822 the couple had a few children, and relocated to Scotland for the better education of their offspring. 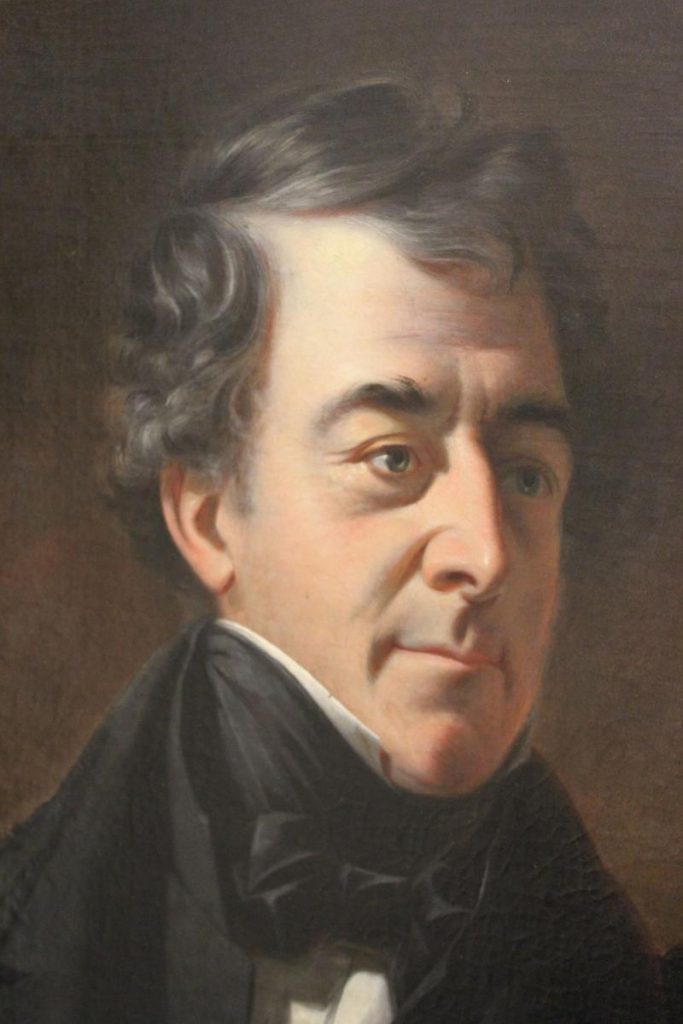 While briefly in England, Mr. Johnston designed a railway plan from London to Southampton. Unfortunately, before he could display his plans to the public, he had to sail to Jamaica under the threat of emancipation.  During his stay in Jamaica, others built the railway he had designed and reaped the reward. Despite Mr. Johnston’s best efforts, the emancipation of Jamaica greatly harmed his property and investments, so the Johnston family relocated again to Newport, Rhode Island. Upon his arrival, Mr. Johnston took a keen interest in the library, and many of his “improvements” are still felt here today. He was able to acquire a book donation from the King of England, as well as our beloved Beech trees, and was a major advocate for the history, culture and service provided by the Redwood Library. 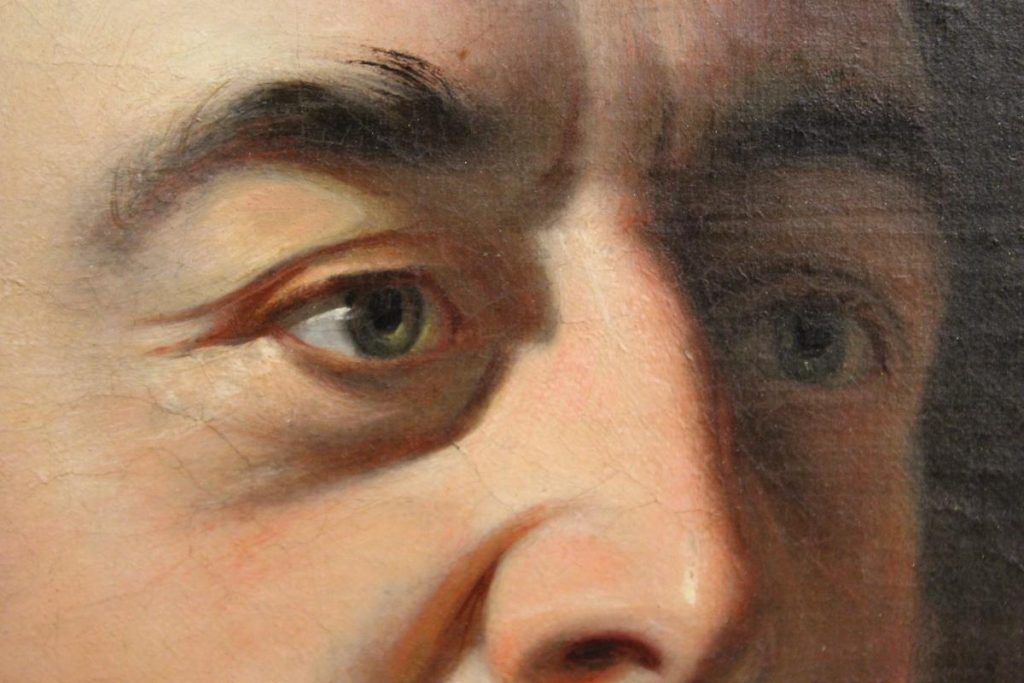 In 1838 Mr. Johnston went back to Jamaica in order to manage a large plantation he had been given upon the death of his brother. While there he projected a free church, schools and other civic services for the slave laborers who continued to work the land. He returned to Newport to bring his family, but on the way back to Jamaica, his second daughter, only fifteen at the time, took ill and died within three days of land. Mr. Johnston had also become ill on the journey, and ten days after his daughter’s death, he followed.

Be sure to stop and welcome Mr. Johnston the next time you find yourself at the Redwood. For more information about our collections, please visit our website: www.redwoodlibrary.org