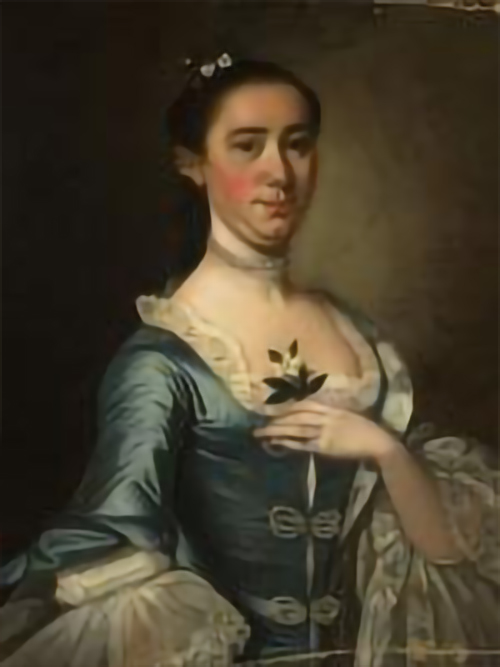 Posted at 12:52h in Events by kristym@moonbirdstudios.com 0 Comments
0 Likes

This week we continue in our Ladies in the Library series, by investigating the three women in the Reading Room. 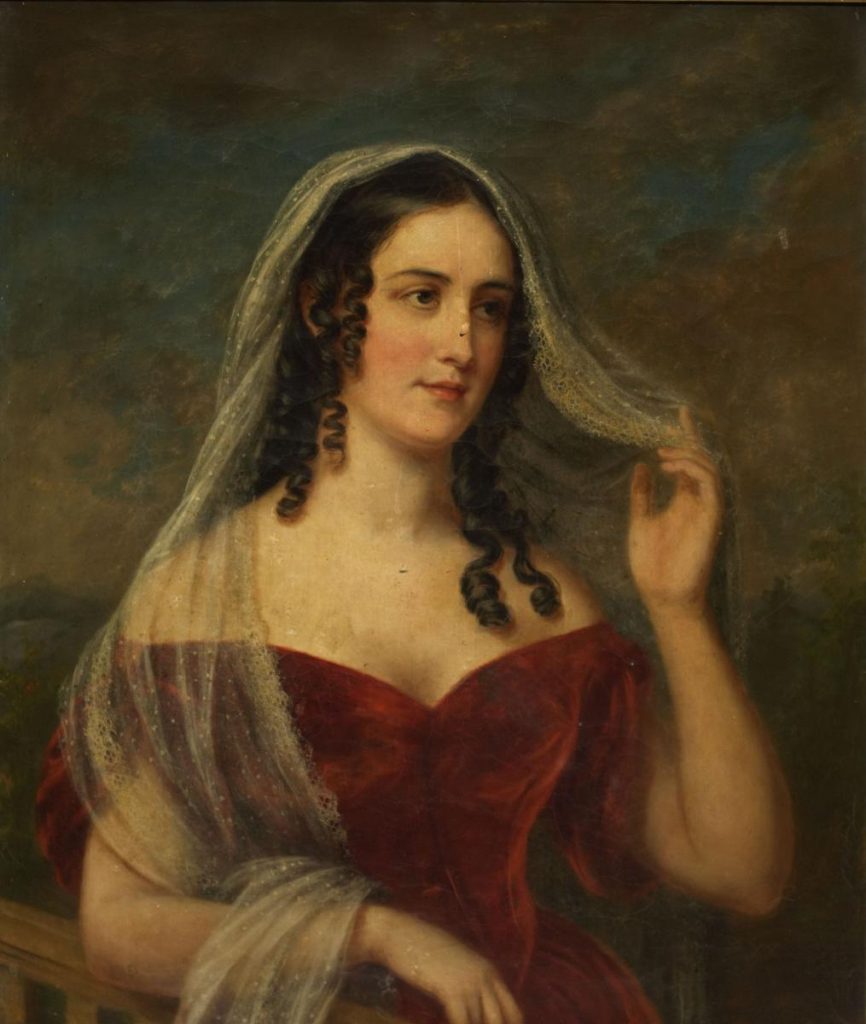 Mrs. Stockton of Virginia, is a mystery. This portrait was completed around 1830, and given to the Library by the artist, Charles Bird King in 1859. It is extremely difficult for us to locate any information on Mrs. Stockton, since her first name was never documented. We have no way of knowing if she was born in Virginia, what her maiden name was, or even her age at the time of the painting. Unfortunately, this is all too common when it comes to women in art, and in history. For now we enjoy Mrs. Stockton of Virginia, lifting her veil to watch over the Reading Room. 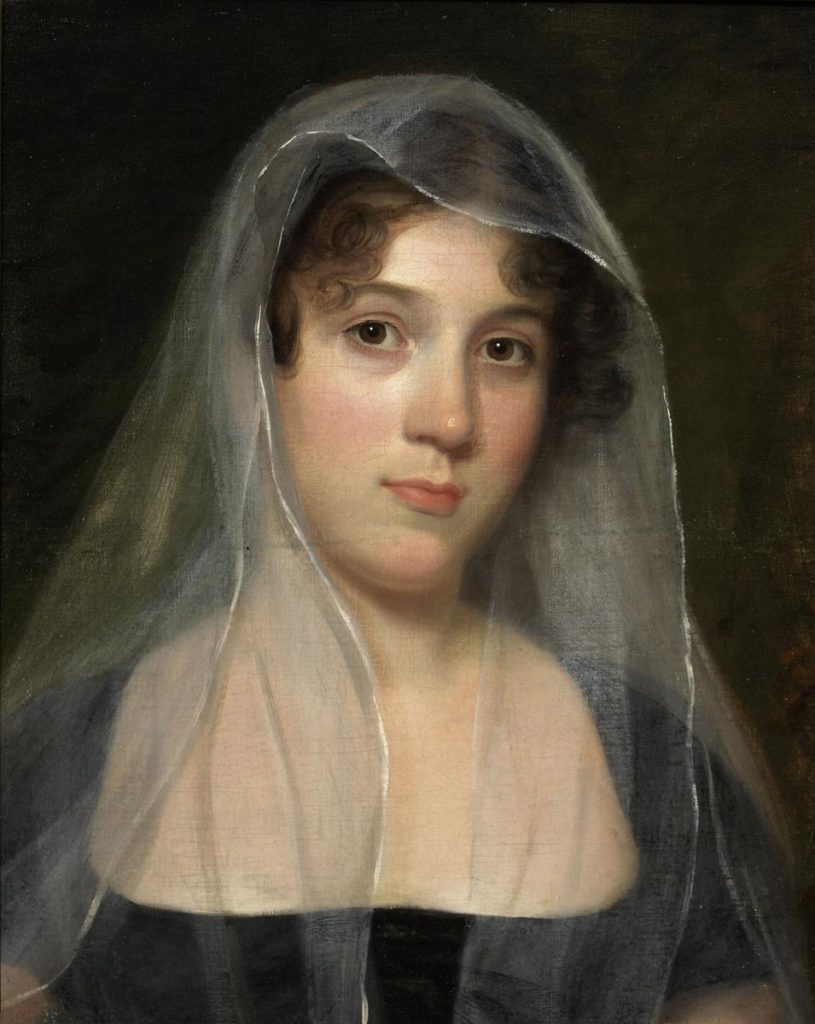 Louisa Ann Arden was born in New York City around 1784, and married Robert Sterry, a lieutenant in the United States Army from Rhode Island. The couple was wed in Providence in 1809. She was the daughter of James and Elizabeth Arden, and the great-grandmother of John DuFais (maternal side), the man who designed the Rovensky Room. Interestingly, there is record in the New York courts that Mr. and Mrs. Arden left their daughter some real estate in 1805, contingent on Louisa getting married. However, the same land was allegedly given to someone else, four years later in 1809. Louisa and her husband Robert fought the case and won, since there was legal documentation of the wedding having been held prior to the second deeding of land. She died in New York around 1830, at only 46 years of age.  John DuFais’ wife gave this painting to the library after his death in 1946. This portrait of Louisa was painted by John Wesley Jarvis around 1810. 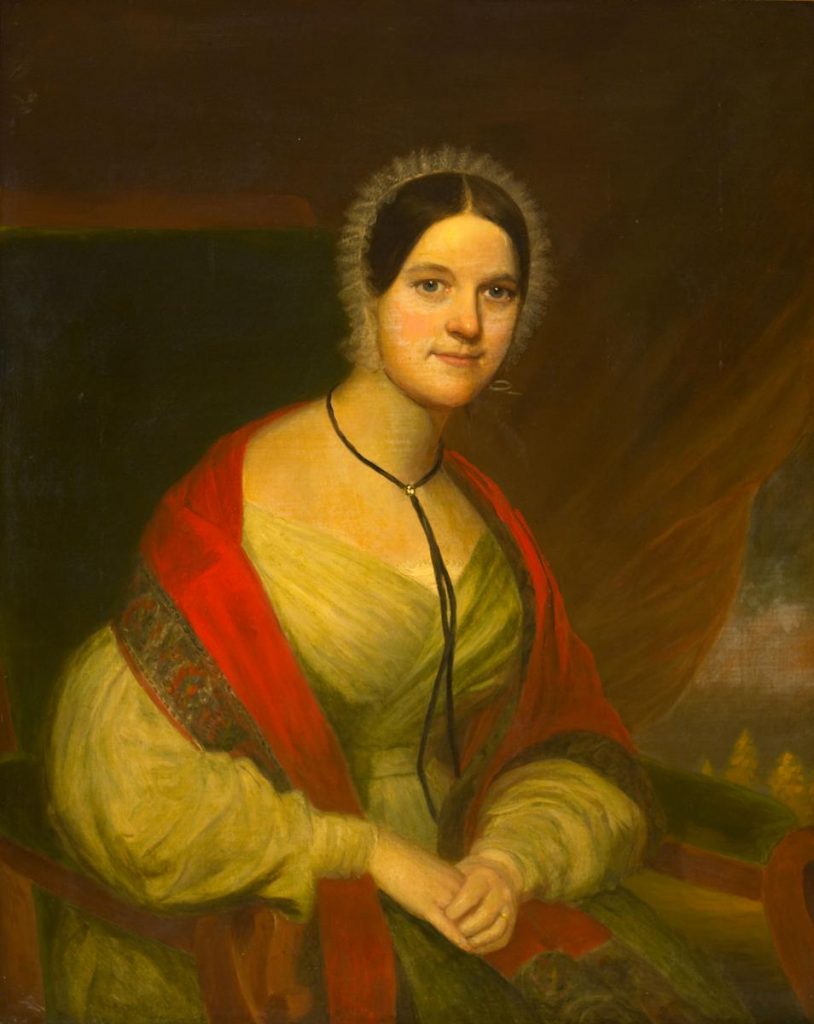 Adeline Burr Ellery was born in 1803 in Massachusetts. She married John Stevens Ellery, a wealthy Boston merchant in 1838. The couple remained in Boston until John’s death in 1845. A year later, Adeline married Thomas Jefferson Green, a brigadier general during the Texas revolution, and this portrait by Henry Cheever Pratt was painted for Adeline’s second wedding.  This portrait was given to the library by Mr. Green’s great-granddaughter, Jane Pope Akers, in 1982. Adeline was a milliner who was reportedly very beautiful, and was the granddaughter of Aaron Burr – Thomas Jefferson’s vice president, and deadly rival of Alexander Hamilton. The red paisley shawl she wears is an indicator of class and wealth, since these shawls were coveted in the mid-nineteenth century, and were often passed from generation to generation.

Be sure to check back next week when we delve into the influential women in the Rovensky Room.