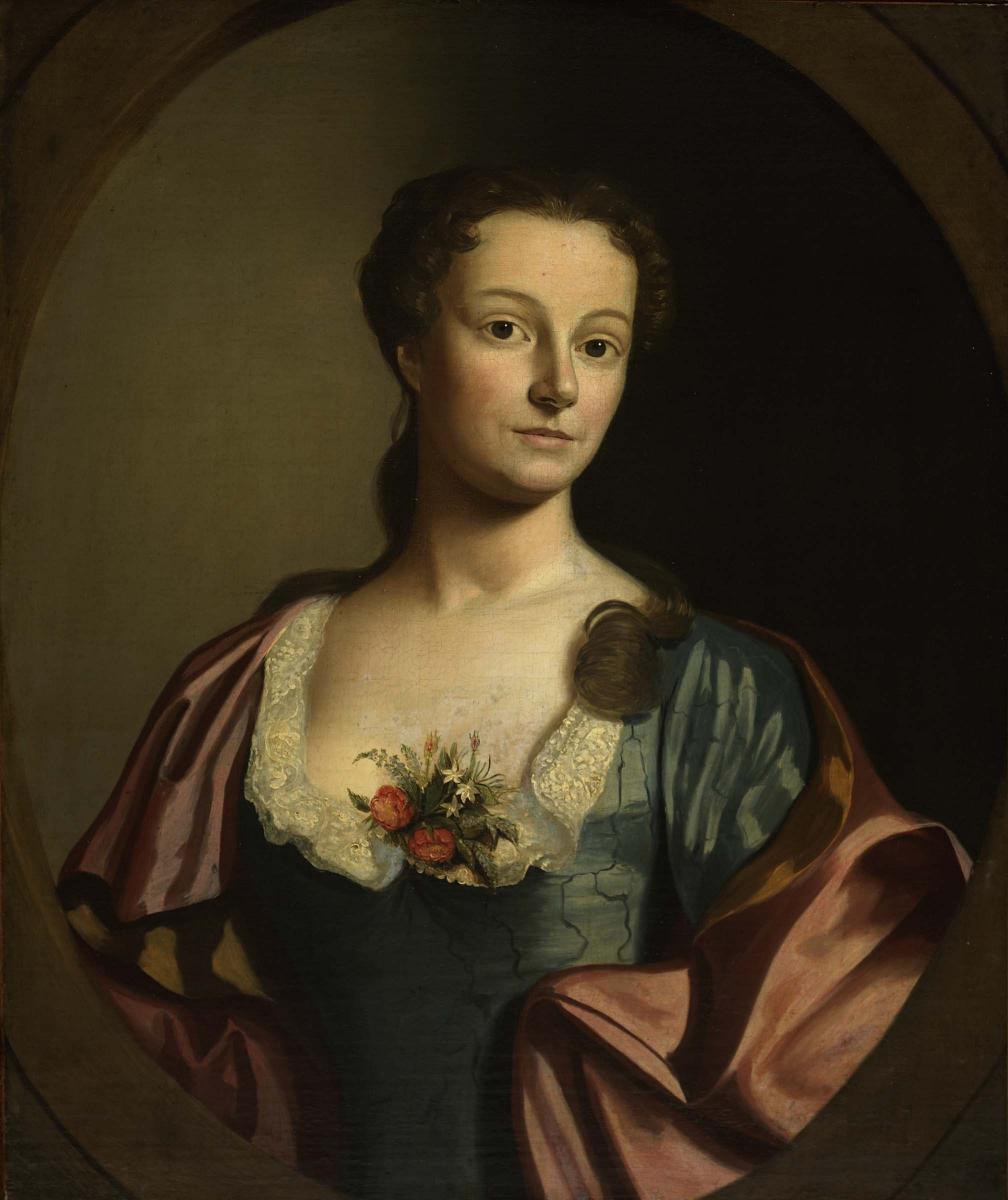 21 Apr Redwood History: Ladies of the Library Part I

Posted at 11:34h in Events by kristym@moonbirdstudios.com 0 Comments
0 Likes

With the recent attention that famous women, past and present, have been generating lately – from Hilary Clinton to Harriet Tubman – we thought it appropriate to discuss the women in the Redwood Library’s portrait collection. Most of the ladies pictured were wives of prominent men, and as such there is little to no recorded information about their personal lives. However, women have a way of making their mark on history whether or not any men are paying attention.  This week we are focusing on the Harrison Room portraits. 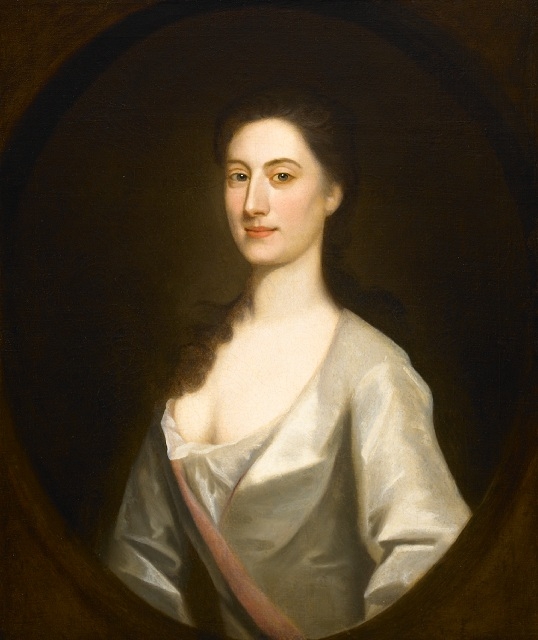 Elizabeth Pelham Harrison was the wife of famed architect Peter Harrison. She was a member of a prominent Newport family, who originally opposed the marriage to the young architect. The couple was wed in June of 1746, and had four children – a son and three daughters. After her husband’s death in 1775, Mrs. Harrison lived another nine years as a widow. This painting is attributed to Joseph Blackburn, and was completed sometime around 1755. It was given to the Redwood by Mr. and Mrs. William Varieka, in 1991. 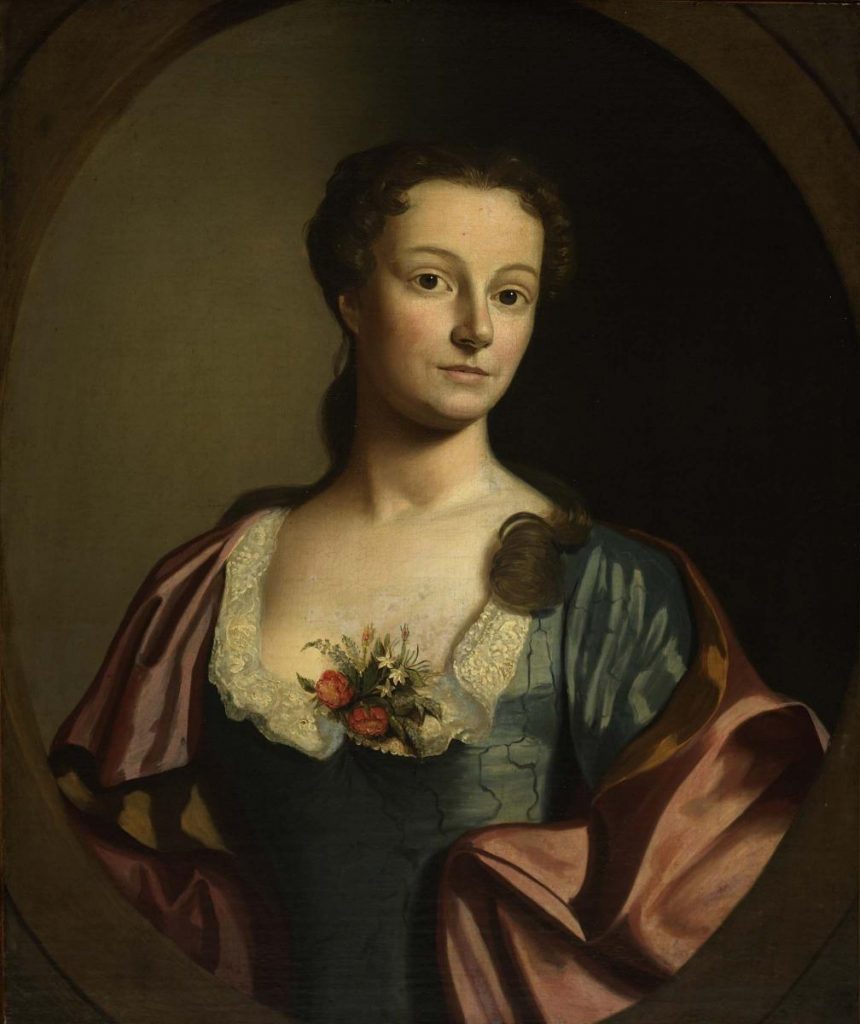 Mary Winthrop Wanton (1708-1767) was the daughter of John Still Winthrop and Ann Dudley. She was the granddaughter of Connecticut Governor John Winthrop, and married the Rhode Island Governor, Joseph Wanton. This portrait was completed by Rhode Island artist Robert Feke, around 1745, and was given to the Redwood by Angelica Gilbert Gardiner, the subject’s great-granddaughter. 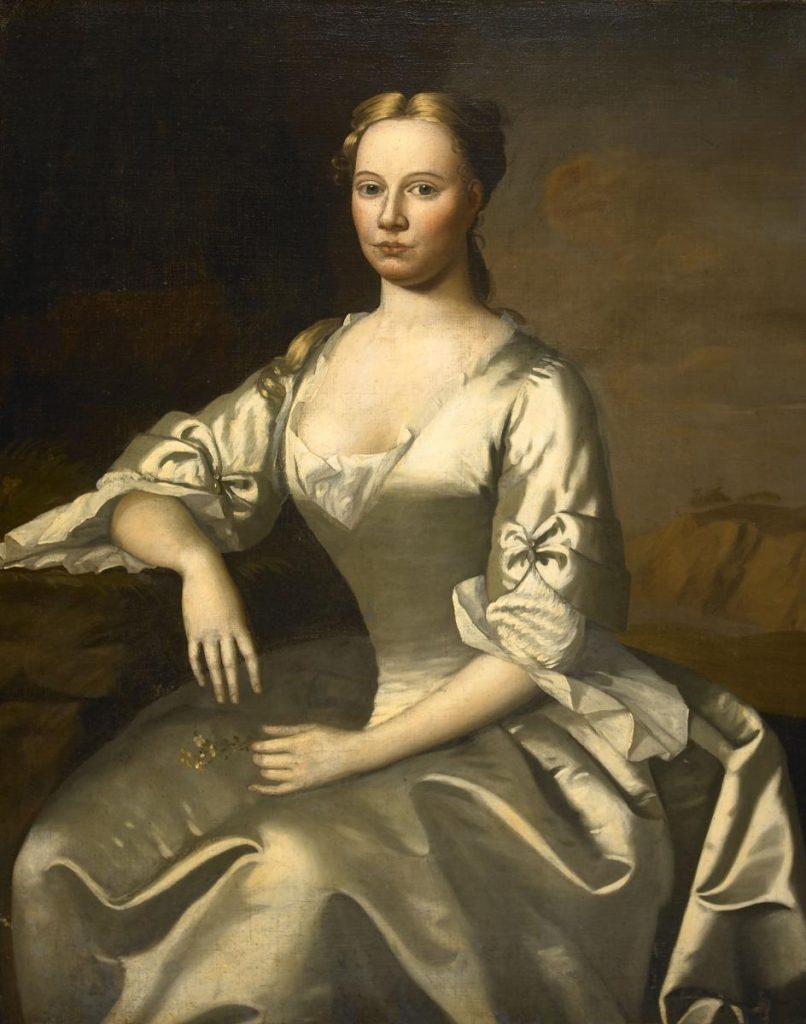 Mary Ward Flagg (1713-1781) was a very well connected young lady. She was the wife of Ebenezer Flagg, the business partner of Henry Collins, who was also her uncle by marriage. Mary was also a direct descendent of Roger Williams, founder of Rhode Island. Completed in 1748 by Robert Feke, this portrait was given to the Redwood as part of the Gladys Moore Vanderbilt Széchényi Memorial Collection. 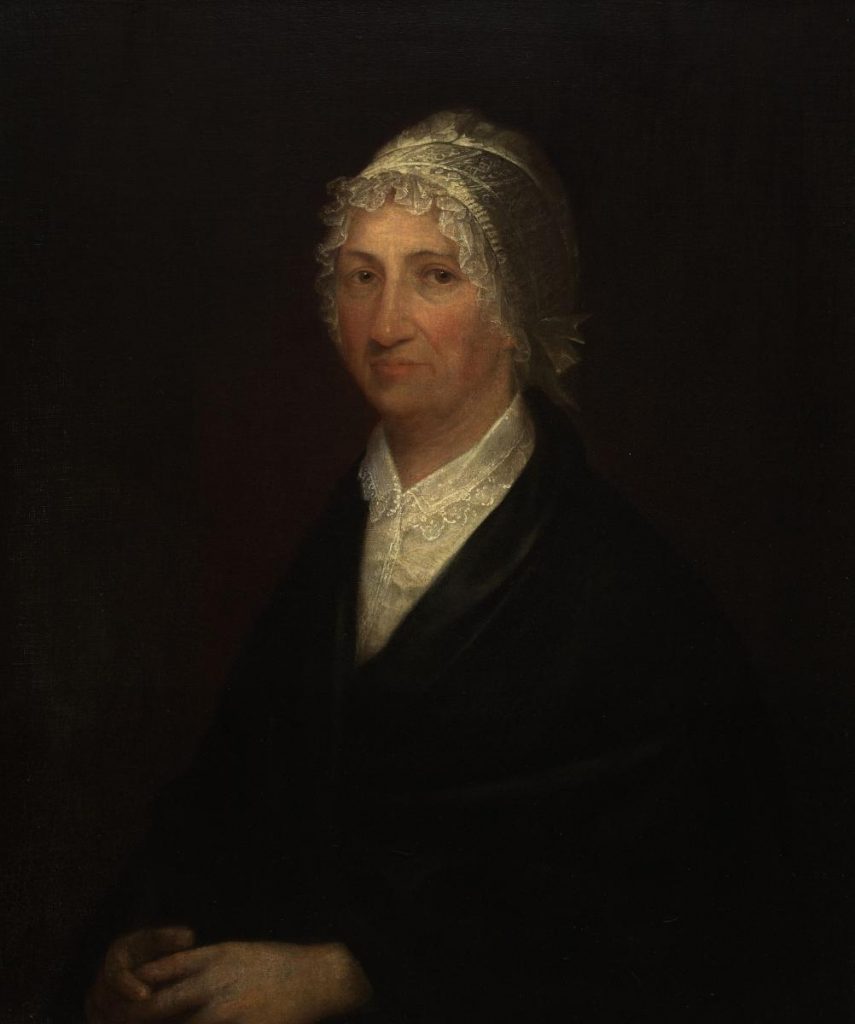 Rachel Moore Allston Flagg (1757-1839) married Captain William Allston in 1775, and had a son, Washington. Washington Allston would later pioneer and revolutionize the Romantic painting movement in America. In 1785, after her first husband’s death, she married Henry Collins Flagg who became a member of the Redwood Library in 1791. This painting was completed by the subject’s son, Washington Allston in 1809, and is also a part of the Gladys Moore Vanderbilt Széchényi Memorial Collection. 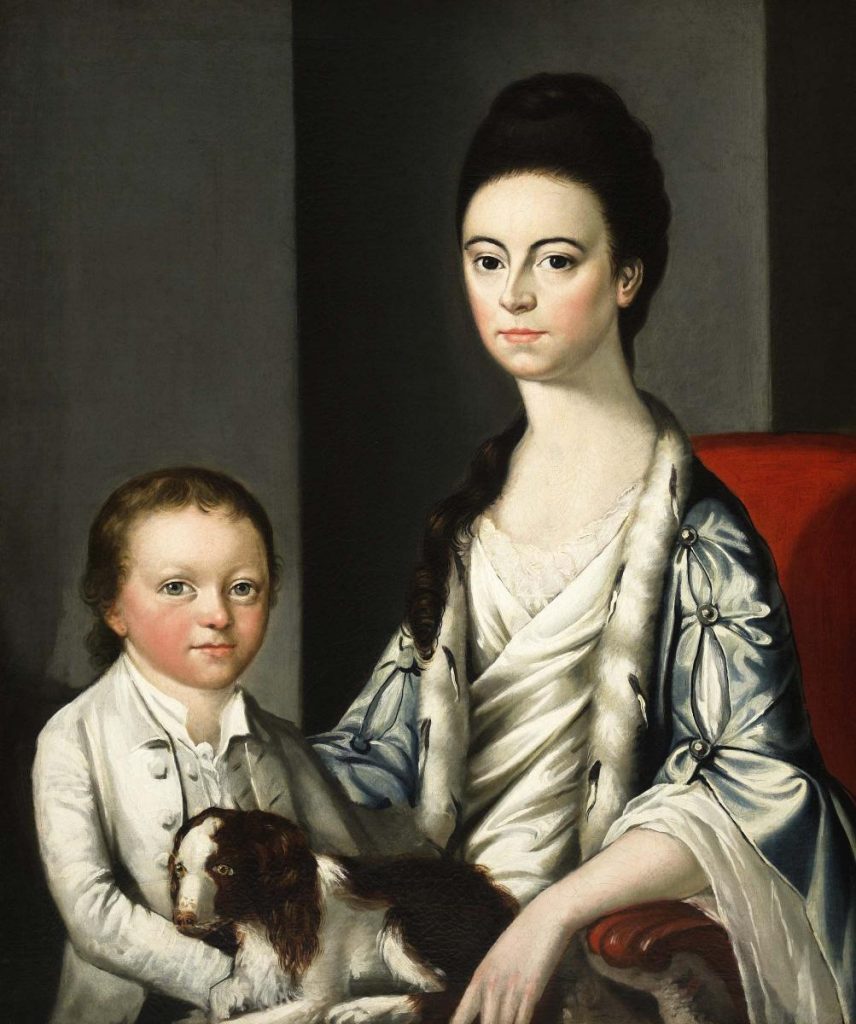 Christian Stelle Banister (1747-1830) was the wife of prominent businessman John Banister Jr. She was born in Newport, and is shown in this portrait with her only child, John Banister, Jr. It is believed that the Banisters knew Gilbert Stuart personally, and asked him to paint their portraits around 1774. This portrait was a gift of David Melville, around 1858.

Make sure you come back next week to read about more ladies of the library!