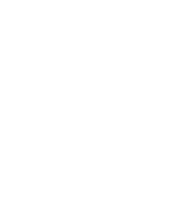 Lecture Four: Thickening Gloom – the US-Soviet Cold War in the Middle East and its Islamist Aftermath, 1948-2003 – With Concluding Reflections on Today

With the U.S. replacing but also largely continuing former imperial British strategies to contain Soviet expansion in the region between 1946 and 1948, the dissolution of Britain’s Empire left bitter and still abiding ethnic and territorial disputes–ranging from Indo-Pakistani partition, the Pakistani-Afghan and Iranian-Iraqi frontier quarrels, and Iraq’s internal ethnic and sectarian torments, to the stubborn Palestinian-Israeli confrontation: fissures exploited by Moscow’s diplomacy which fatally overreached, however, in the Soviet Union’s own Afghan catastrophe in 1979-1989–while resurgent religious forces increasingly challenged both Soviet and then American regional sway, tensions exploding in the 9/11 attacks.

Dr. Barry will conclude the series by reflecting on U.S. policy options in the region since Washington’s direct military interventions in Afghanistan in 2001 and in Iraq in 2003: with further melancholy observations on how Shiite Iran’s confrontation with US-allied Sunni Saudi Arabia ever since 1979–probably one of the world’s most sterile face-offs–has resulted in sectarian conflicts, sociological disintegration and utter humanitarian crisis in every country that surrounds Iran and contains both Sunni and Shiite populations: Iraq, Syria, Yemen, Bahrein, Pakistan and Afghanistan.