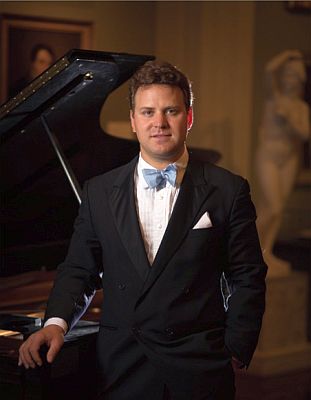 Posted at 15:00h in Events by kristym@moonbirdstudios.com 0 Comments
0 Likes

We are pleased to welcome pianist Clemens Teufel to the Redwood for an early spring concert of Liszt and Chopin. He has performed around the world with appearances at the Alte Oper Frankfurt, Beijing Conservatory and the Cite des Arts in Paris. Members $10; Non-members $20. Register online or call 401.874.0292.

Ecstasy and passion versus poetic vision and meditation: these are the contrasting musical manifestations of Rapture and Reverie. While the common perception is that Franz Liszt boldly represents the former and Chopin the latter, these concepts are broadly exchangeable between the two composers.

Liszt developed a profound spiritual life alongside his art and eventually received the four minor orders of the Catholic Church. He then would be called “Abbé Liszt”. Many of his later compositions are inspired by religious themes, but even earlier works such as the ones included in this program represent a great expression of spirituality and vision.

Chopin, well known and loved for his dreamy melodies offers the listener a visit into a poetic and dreamlike world. However, he was quoted as believing that his works were best performed by Franz Liszt with his brilliant, dazzling piano technique and verve. Although often more subtle, Chopin wrote many compositions that convey a rapturous state of mind evoking both spiritual and secular ecstasy.