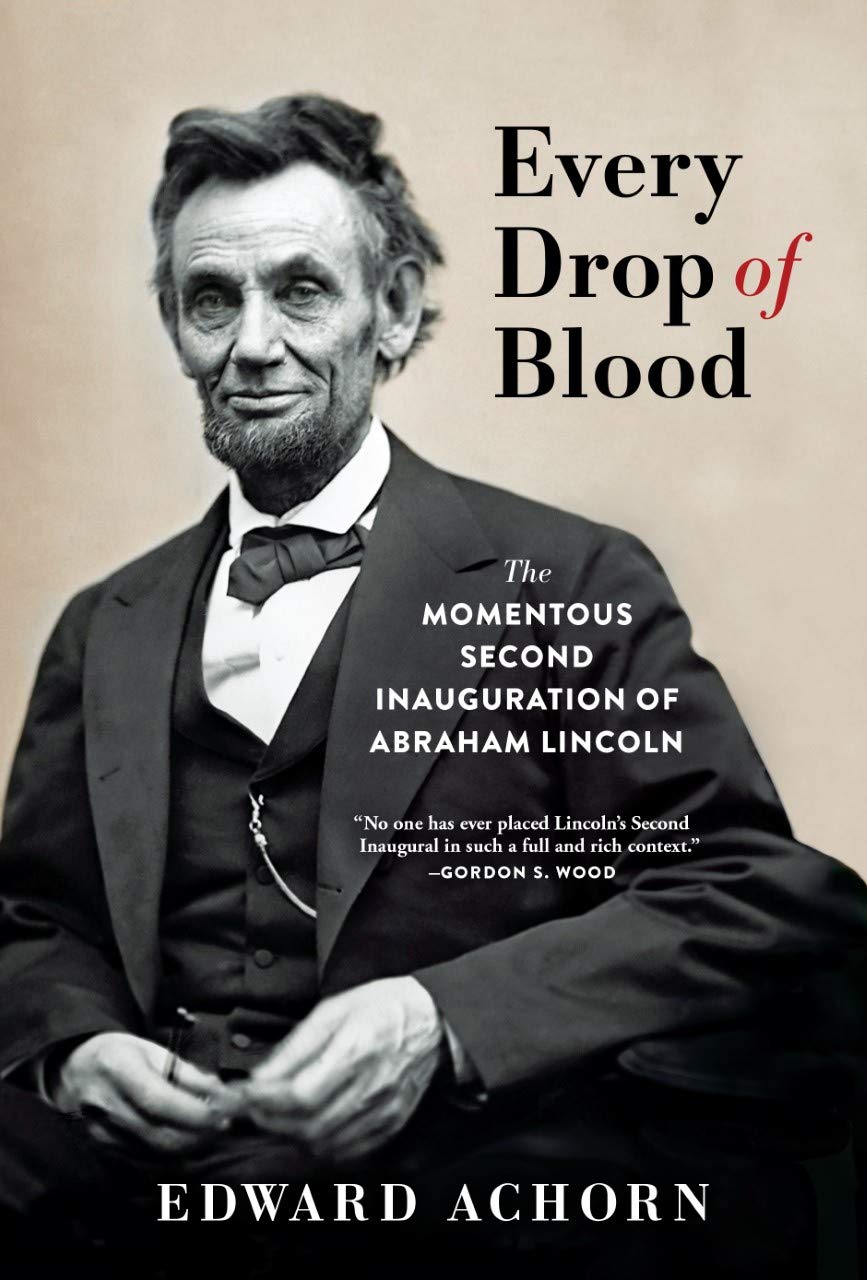 The Redwood welcomes Edward Achorn as he presents his book, Every Drop of Blood: The Momentous Second Inauguration of Abraham Lincoln, a brilliantly conceived and vividly drawn story of Washington, D.C. on the eve of Abraham Lincoln’s historic second inaugural address to understand all the complexities of the Civil War. A Pulitzer Prize finalist for Commentary and winner of the Yankee Quill Award, Achorn is the vice president and editorial pages editor of The Providence Journal.

“By March 4, 1865, the Civil War had slaughtered more than 700,000 Americans and left intractable wounds on the nation. After a morning of rain-drenched fury, tens of thousands crowded Washington’s Capitol grounds that day to see Abraham Lincoln take the oath for a second term. As the sun emerged, Lincoln rose to give perhaps the greatest inaugural address in American history, stunning the nation by arguing, in a brief 701 words, that both sides had been wrong, and that the war’s unimaginable horrors―every drop of blood spilled―might well have been God’s just verdict on the national sin of slavery.

Edward Achorn reveals the nation’s capital on that momentous day―with its mud, sewage, and saloons, its prostitutes, spies, reporters, social-climbing spouses and power-hungry politicians―as a microcosm of all the opposing forces that had driven the country apart. A host of characters, unknown and famous, had converged on Washington―from grievously wounded Union colonel Selden Connor in a Washington hospital and the embarrassingly drunk new vice president, Andrew Johnson, to poet-journalist Walt Whitman; from soldiers’ advocate Clara Barton and African American leader and Lincoln critic-turned-admirer Frederick Douglass (who called the speech “a sacred effort”) to conflicted actor John Wilkes Booth―all swirling around the complex figure of Lincoln.

In indelible scenes, Achorn vividly captures the frenzy in the nation’s capital at this crucial moment in America’s history and the tension-filled hope and despair afflicting the country as a whole, soon to be heightened by Lincoln’s assassination. His story offers new understanding of our great national crisis and echoes down the decades to resonate in our own time.”