Posted at 11:40h in Uncategorized by kristym@moonbirdstudios.com 0 Comments
0 Likes

One of the portraits we have in our collection by the well-known painter Gilbert Stuart (1755-1828) is of Dr. Benjamin Waterhouse (1754-1846). According to reports, the young Waterhouse, who was born in Newport, spent some time reading medical books at the Redwood Library. The original collection contained a fair amount of medical volumes, which were important to the people living in the colonies. Influenced in part by these books, Waterhouse decided to pursue a career in medicine at a young age. 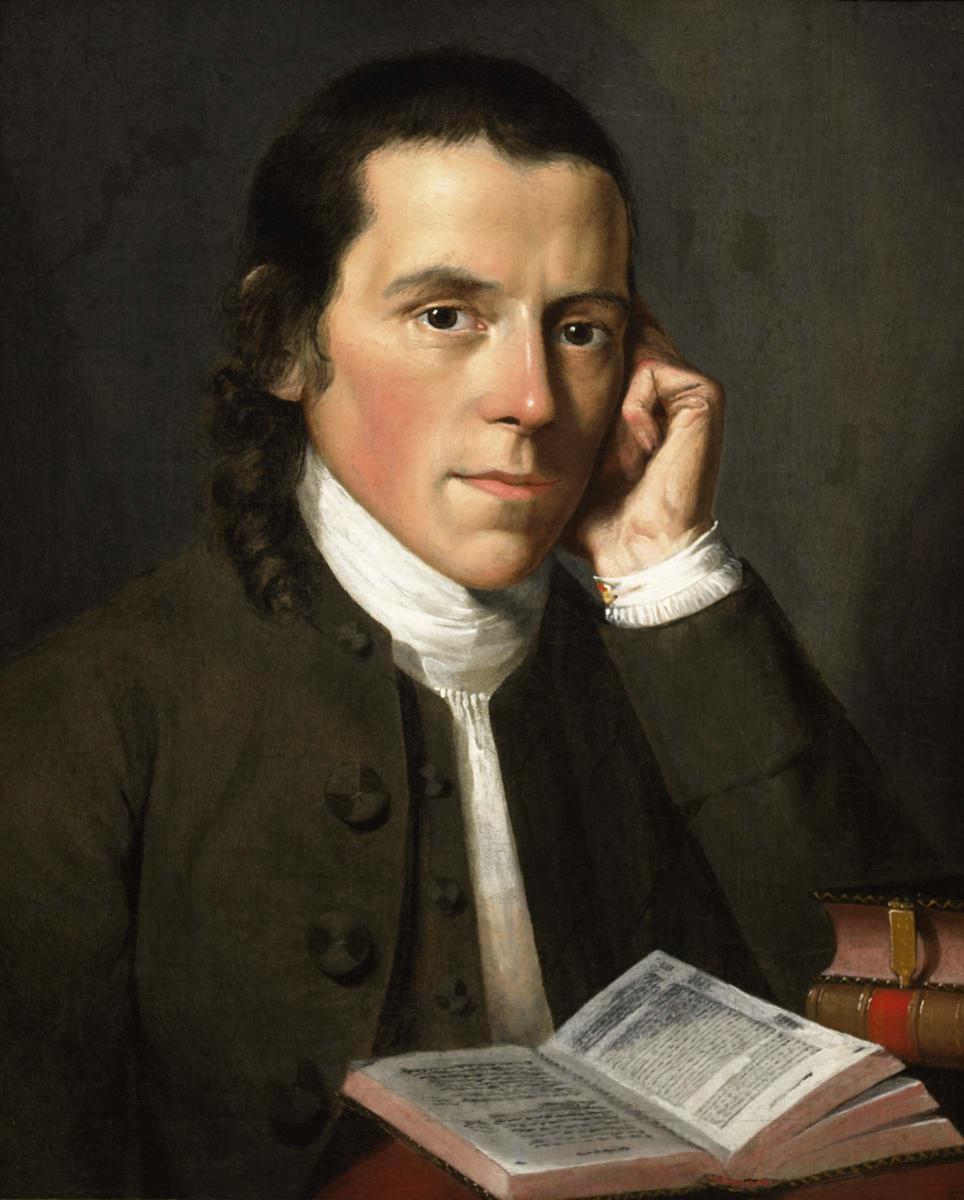 Dr. Benjamin Waterhouse, by Gilbert Stuart ca. 1776
From the Collection of the Redwood Library

Waterhouse’s medical career began at age 16, when he became an apprentice of Dr. John Halliburton in Newport. After years under his study, he sailed for London to live and study with a relative of his mother, Dr. John Fothergill. It was 1775, just before the Revolutionary War began, and he was 21. He went on to receive more formal education in Edinburgh and Leiden, where he received his medical degree in 1780. His thesis was dedicated to his mentor, Dr. Fothergill, “inspirer of my studies.” In June 1782 he returned to Newport, bringing his medical knowledge back to America. 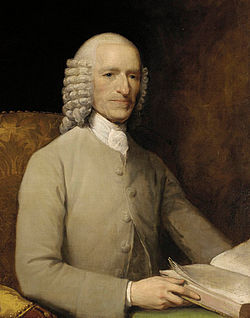 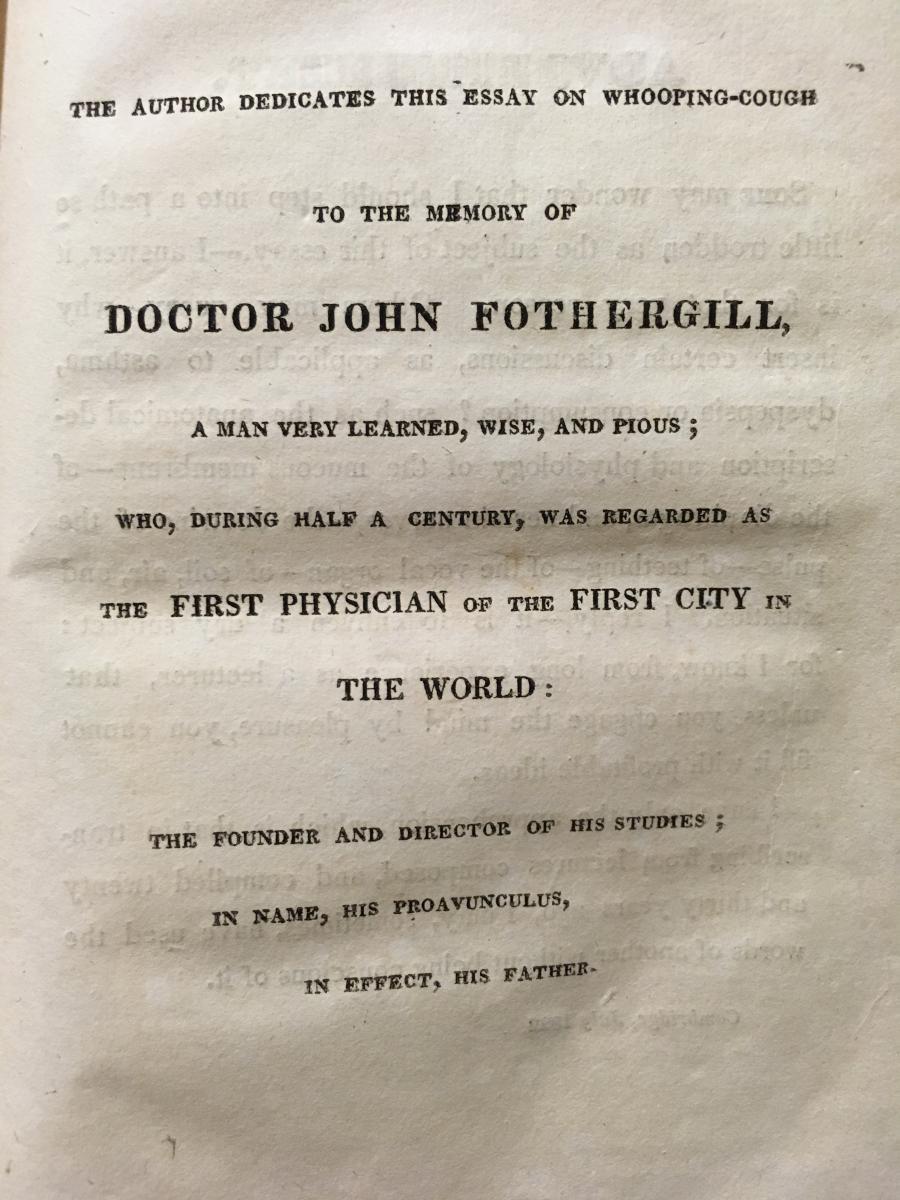 Shortly after his return to the United States, Dr. Waterhouse was appointed to the first faculty of Harvard Medical School as a Professor of Theory and Practice of Physic. He was also given a post as Professor of Natural History at Rhode Island College (now Brown University). Prior to 1788, Dr. Waterhouse began delivering lectures at Rhode Island College, which were the first lectures on natural history given in the United States. Disagreements with Harvard over their plans to establish the Medical School in Boston and his attempts to start a rival school led him to resign in 1814. Dr. Waterhouse is most known for his experiments with the smallpox vaccine. On July 8, 1800, he inoculated his 5-year old son and others with a pure cowpox vaccine which he had received from England.  This vaccine provided Waterhouse with proper results in the experimentation of a safe vaccination against smallpox. Dr. Waterhouse becomes the first doctor in the United States to successfully vaccinate with cowpox serum against the deadly disease of smallpox.

After his time at Harvard had ended, with some overlap, Dr. Waterhouse served from 1813-1820 as the medical superintendent of all military posts in New England. He was appointed by President James Madison. When this position ended in 1820, he turned his attention to his writing. Dr. Waterhouse died at the age of 92 on October 2, 1846 in Cambridge, Mass. 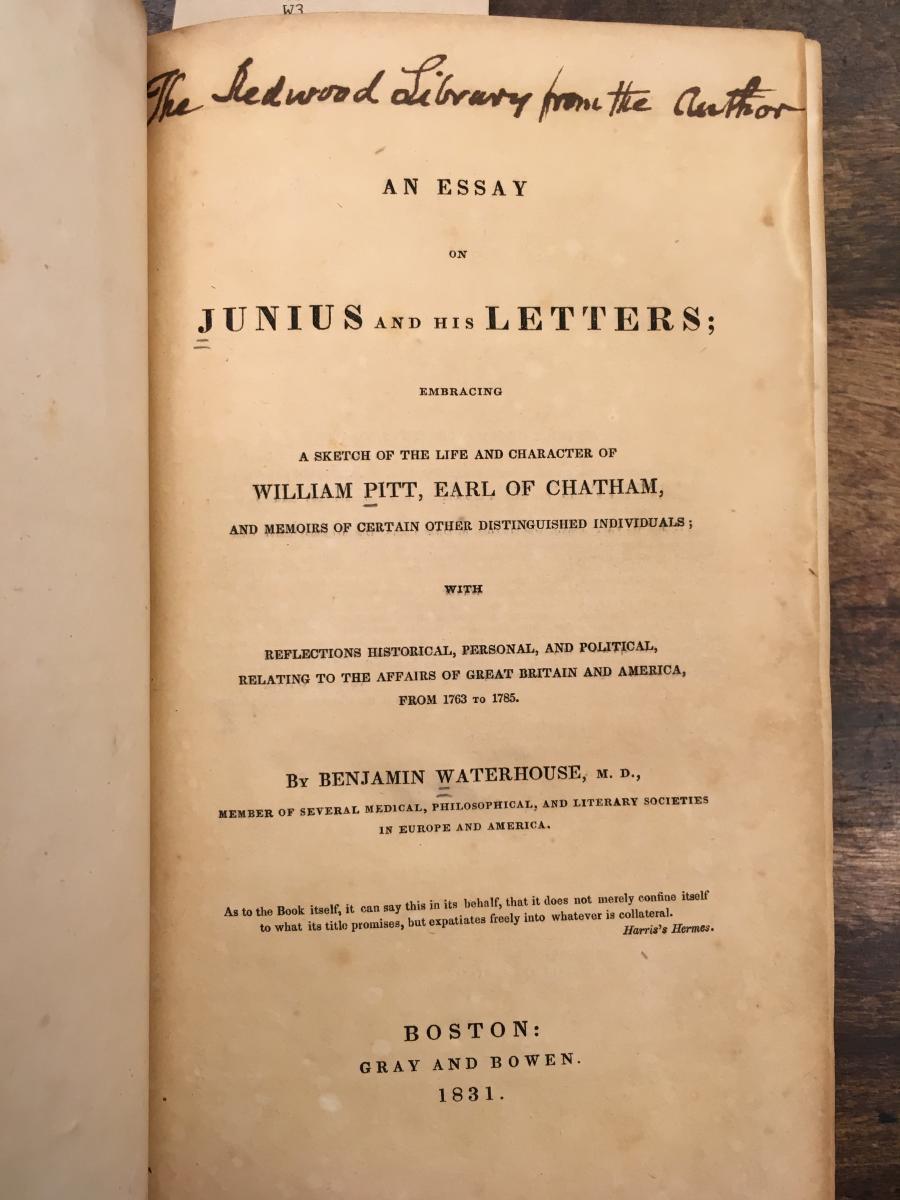 An Essay on Junius and his Letters, given to the Redwood by Waterhouse
From the Collection of the Redwood Library 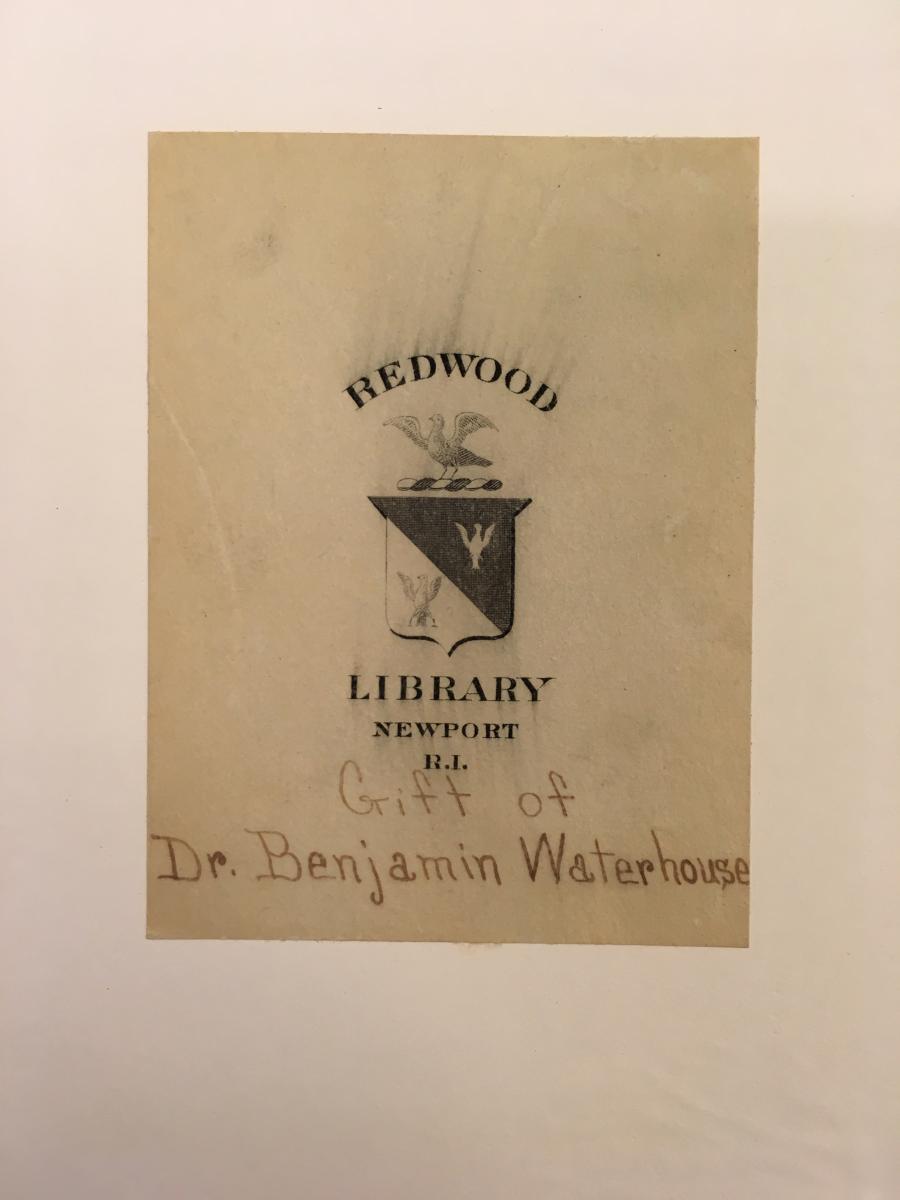