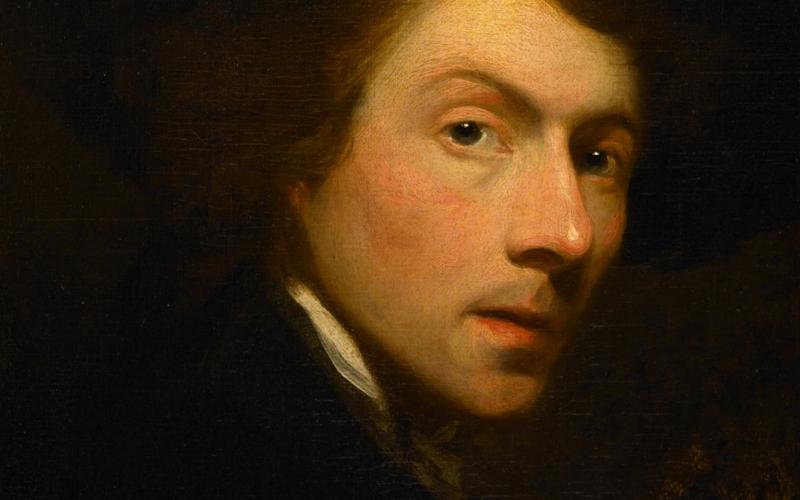 Gilbert Stuart was America's great early portrait painter. He was born over a snuff mill in North Kingston, Rhode Island, and arrived to Newport virtually a penniless begger. He picked up artistic training from a traveling Scottish painter, Cosmo Alexander, and his gifts were soon recognized by Newport merchants who commissioned the earliest portraits of the teenaged Stuart. When the Revolutionary War began, Stuart studied and work in England. Upon his return to the United States twenty years later he quickly became the painter most in demand to honor the great men of the new Republic. 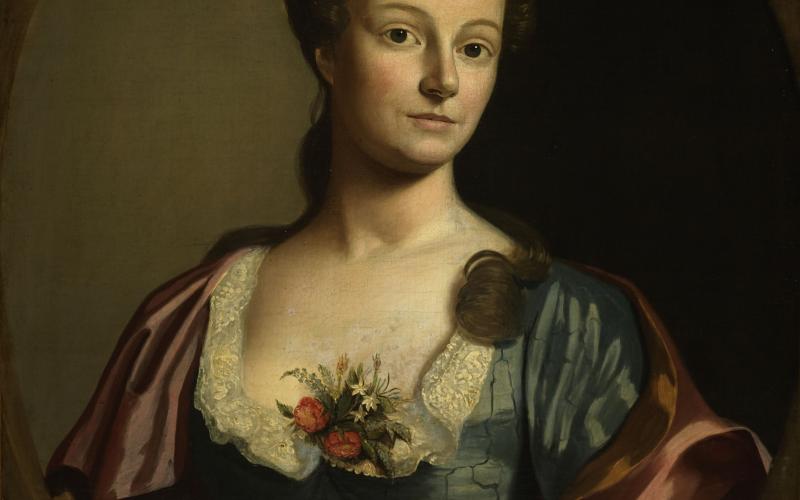 Mary Winthrop Wanton was the wife of Joseph Wanton, Rhode Island's last colonial governor. The fashionable decolletage of her gown is cut so low that the scandalized Redwood directors a century later asked artist Jane Stuart (Gilbert Stuart's daughter) to paint in a modest nosegay of flowers. Robert Feke was one of the earilest native Colonial painters, he was probably born in Oyster Bay, Long Island. His portraits include prominent members of families in Boston and Philadelphia, as well as Newport, where he lived with his wife, Eleanor Cozzens. 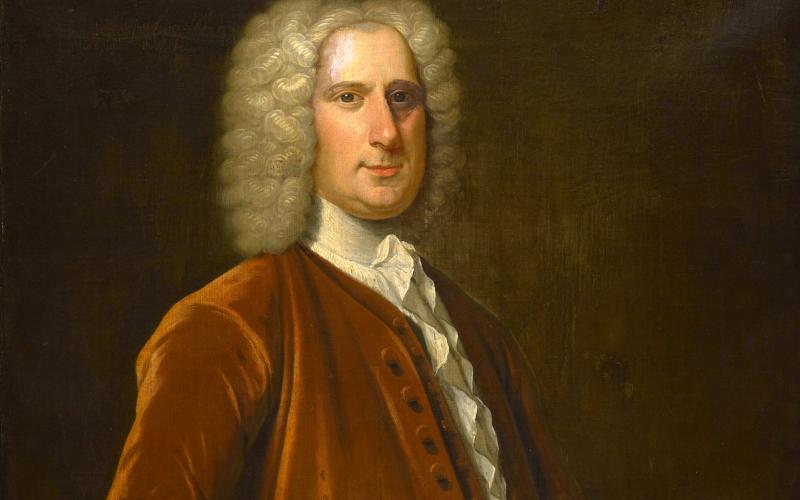 Henry Collins (1699-1764) was a Newport merchant, philanthropist, and patron of the arts. He was nicknamed, ``Newport's Lorenzo de Medici`` for his generous and enthusiastic patronage of the emerging cultural life of colonial Newport. He donated the land on which the library was built, once known as a bowling green. John Smibert, considered one of the earliest American portrait painters, was born in Edinburgh, Scotland. He began as a common house painter and eventually gained admittance to the Great Queen Street Academy and Thornhills London Academy, where he was a fellow student of Hogarth. IN 1738 he came to America with Reverend George Berkeley, landed in Newport, and settled in Boston, where he died in 1751. 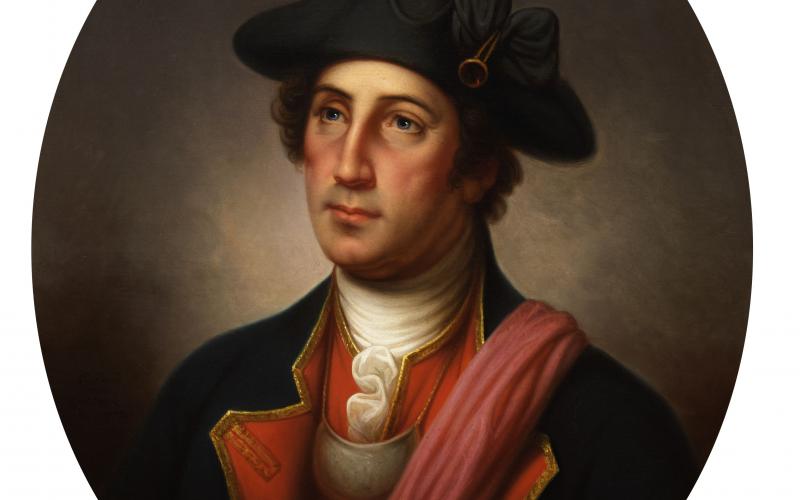 This painting is the earliest known depiction of George Washington, painted when he was only forty years old. Rembrandt Peale, son of Charles Willson Peale, was born in Pennsylvania. He received instruction in art from his father at an early age and at seventeen obtained a sitting with George Washington. In 1801, he went to England to study and upon his return established himself in Philadelphia. In 1807 he went abroad again, living some time in Paris. When he returned he established a Museum and Gallery of Painting in the City of Baltimore. 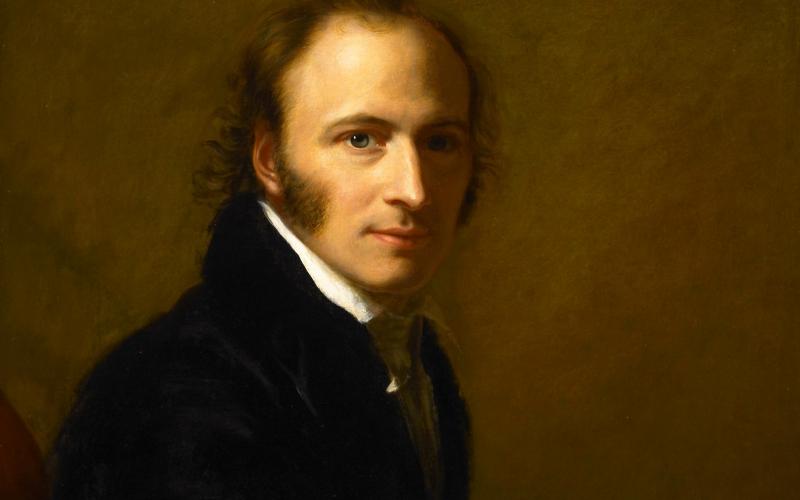 Charles Bird King was born in Newport, made his living in Washington, DC as a painter of political figures and other celebrities of the day. Over the years, King contributed handsomely to the Library, giving money, books, and scores of paintings. Upon his death, he gave the Redwood his own personal library, volumes of bound engravings, a significant sum of money and 75 additional paintings. 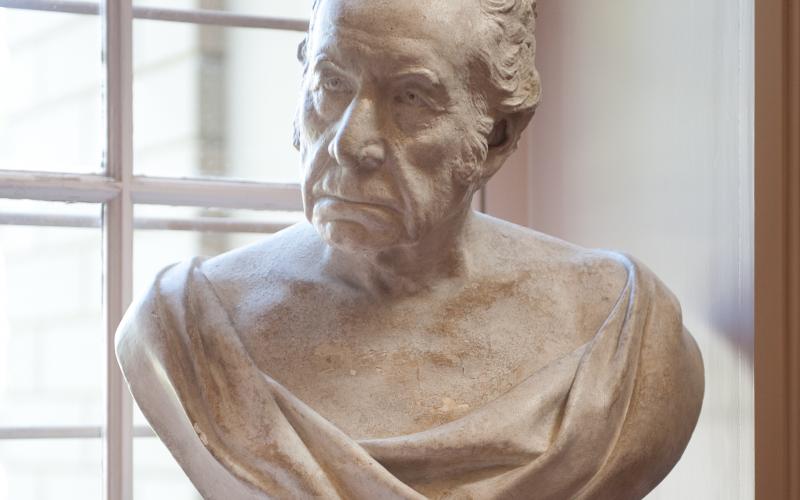 Gilbert Stuart (1755-1828) lived and studied art in Newport. Considered outstanding in his field, he spent his adult career in Newport, Scotland, London, Phildelphia, Boston, and Washington D.C., where he painted many familiar portraits, inculding the most famous images of George Washington. 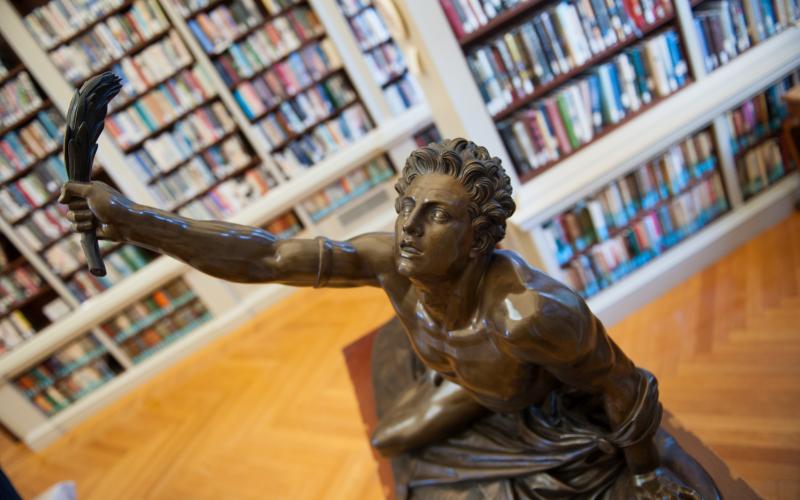 This bronze statue is a mechanical copy of the original marble in the Louvre by Jean Pierre Cortot (1787-1843), French School, and is known as The soldier of Marathon Announcing the Victory. Pheidippides is a character in a play by Aristophanes, he is said to have run from Marathon to Athens to deliver news of a military victory against the Persians at the Battle of Marathon. 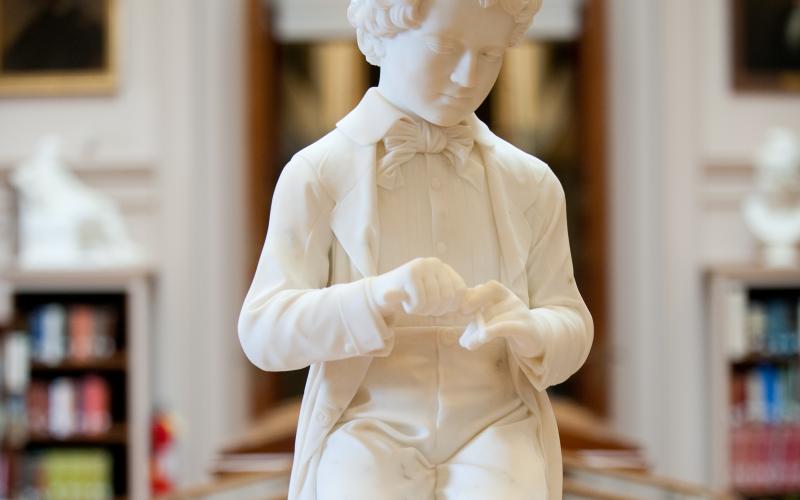 Joseph Mozier was born in Vermont and opened a studio in Rome in 1845 where he remained until his death. Most of Mozier's themes had a strong literary, historical, or anecdotal appeal. His most famous work, The Prodigal Son, won the Grand Prize in Rome in 1867. 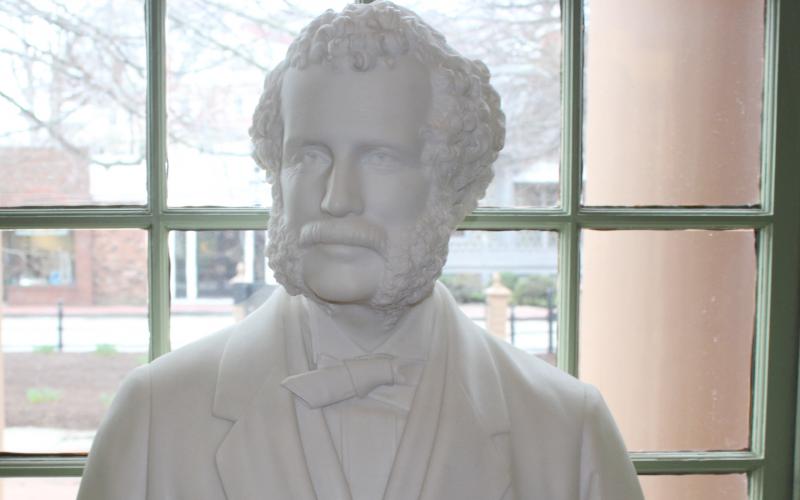 Charles Hunter (1774-1849), son of Senator William Hunter (President of Redwood 1846-49) and Mary Robinson, was born in Newport 19 June 1813. He entered the Navy in 1831, was promoted to Lieutenant in 1841 and retired from service in 1855 due to ill health. He married Mary Rotch in 1848 and returned to active duty in 1862 when Fort Sumter was fired on. In October of 1862 the ship he commanded fired on a supposedly neutral ship in Cuban waters. Hunter was dismissed from the Navy but was later vindicated and reinstated as Captain by a special act of Congress in 1867. Captain Hunter, his wife and daughters were passengers on the S.S. Ville de Havre when she was lost at sea 22 November 1873. 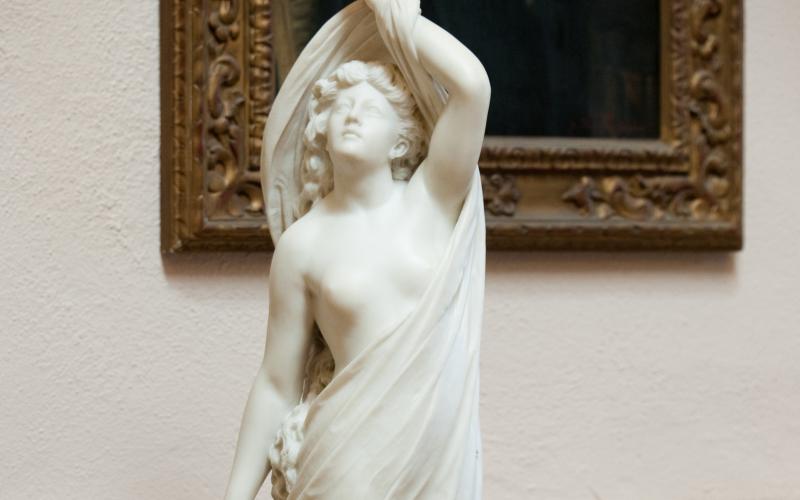 Artist's interpretation of Henry Wadsworth Longfellow's line, ``there is no Death! What seems so is transition...`` from ``Resignation,`` written in the autumn of 1848 following the death of his daughter Fanny and first published in his collection The Seaside and the Fireside in 1849.