The Redwood Library was erected on grounds donated by Henry Collins, nicknamed “Newport’s Lorenzo de Medici,” which he had previously used as a Bowling Green. Typical of the period, there was no noteworthy landscaping that accompanied the Redwood’s stunning architecture. In fact, the landscape was so rustic that in the years following the Revolutionary War, the Librarian was specifically allowed to graze a “cow or horse in the Library yard, but no hogs.”

It was not until the Redwood’s renewed fortunes in the nineteenth century that further efforts were made towards the landscaping. In the 1830’s walks were laid out and the institution received a number of botanical gifts including the Fernleaf Beech in 1835, now a cherished local landmark. The Redwood acquired the corner property at Bellevue and Old Beech Road in 1934. Architect John Russell Pope was engaged to create a park area adjoining the Library. Pope designed a long flagstone-paved allée leading to the Redwood Summer House, which was added to the Redwood grounds in 1917. The Redwood Summer House is a pavilion built in 1766 by Peter Harrison for Abraham Redwood’s country seat in nearby Portsmouth, Rhode Island. In 1932, the Redwood received a copy of the Houdon bronze statue of George Washington, which now resides on the side portico. 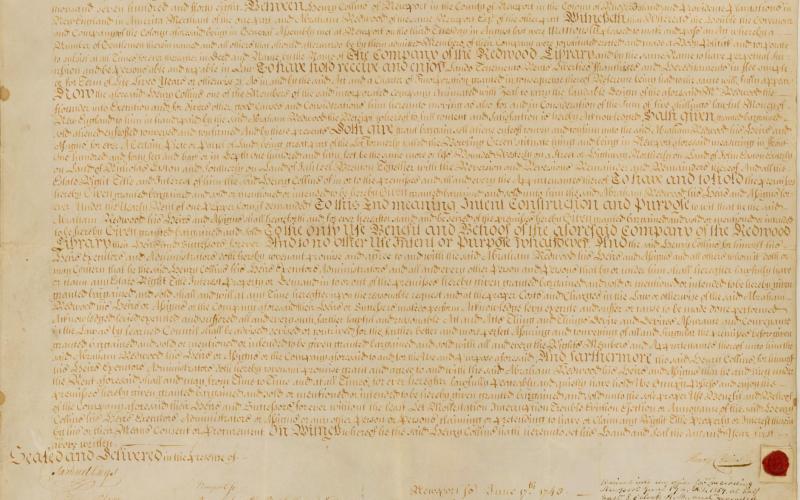 The deed between Abraham Redwood and the city of Newport for the land Redwood Library would be built on by 1750, when the library was completed and began service. 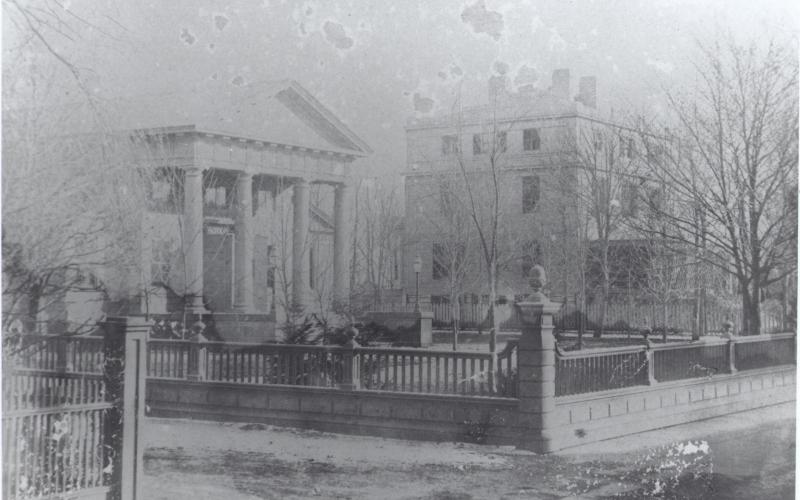 This 1858 image is the earliest known photograph of the Redwood.

Before 1934, a house owned by William H. Ashburton, a Director of the library, stood in the Southwest corned adjacent to the library. The property passed into the hands of William Tompkins, who lived there unitl 1934, when Mary H. Tompkins bequeathed it to the library. The library's board decided to raze the house and engage the services of architect John Russel Pope to convert it into a garden. 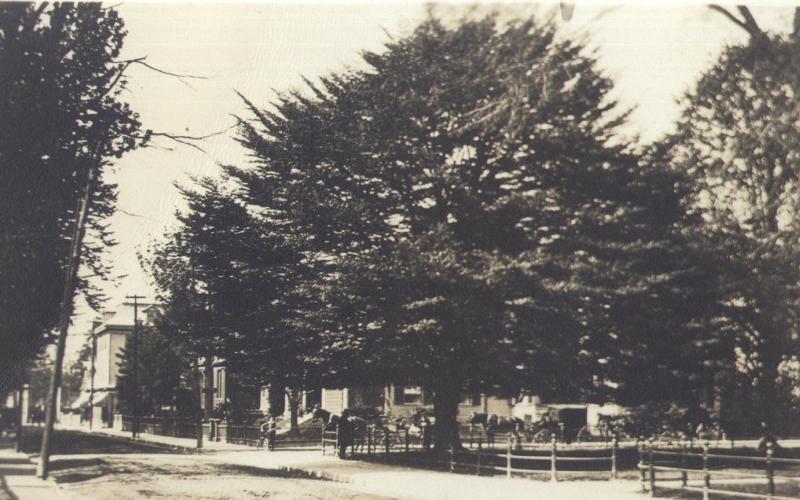 This 1889 image shows the fern leaf beech in all its splendor.

The tree itself was a gift of Mr. Robert Johnson. In 1925, famed horticulturist Charles Sargent of the Arnold Aboretum called it the ``best specimen in the United States.`` 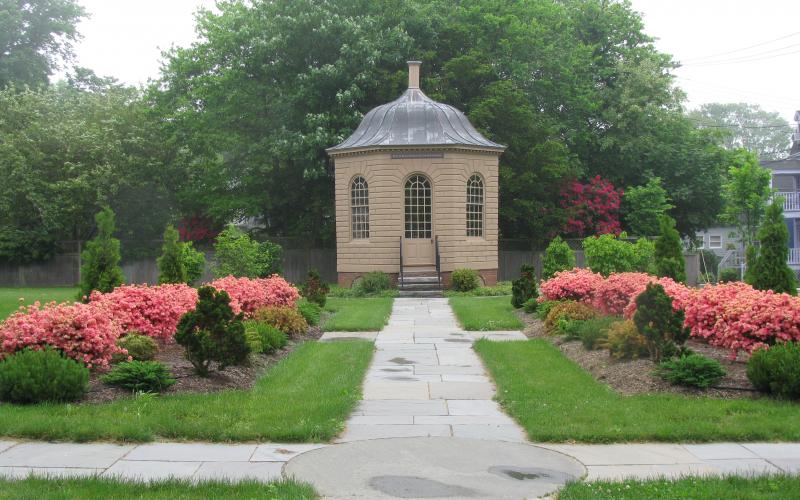 In 1935, after the land bequest from Mary H. Tompkins, the library commissioned architect John Russell Pope to create a park area adjoing the library. He designed a long flagstone-paved allee leading to the Redwood Summer Summer House. The Summer House was built in 1766 in the same rusticated style as the original library.