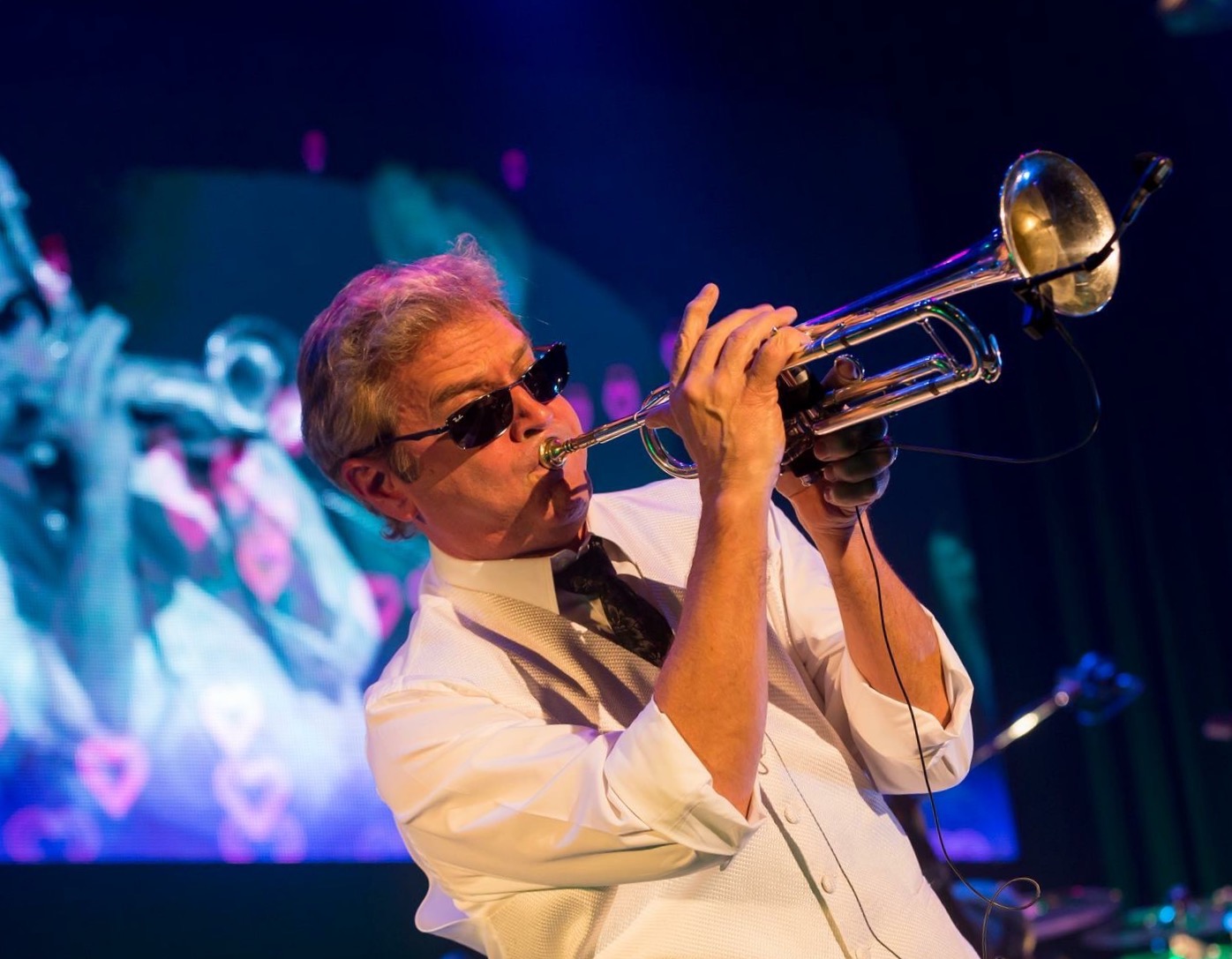 Born in Joplin Missouri, Curt grew up in a musical family and after moving to Kansas City at age 10, he started to study the trumpet at UMKC Conservatory.

Curt came to Newport with the U.S. Navy Band and performed with many local bands through the years. He co-founded the fusion band Ocean that enjoyed a loyal following and later returned to the Kansas City jazz scene where he had the opportunity to play with many touring musicians, playing lead trumpet with the Charlie Parker Memorial Foundation Jazz Orchestra.

Currently, Curt is an in-demand studio session player, and his work as a rock and roll sideman has kept him very busy over the years with electrifying live performances throughout the US, Europe and Asia. Some of his recording and
performance credits include Bruce Springsteen and the E Street Band, the Sessions Band and the Western Stars Orchestra, Nile Rodgers and CHIC, They Might Be Giants, The Levon Helm Band, Little Feat and Glen Hansard.

Curt will be joined on the BIG CHAIR by Alan Bernstein on Bass and Pianist Chris Taylor.